LET'S TALK ABOUT POT, SHALL WE?  My friend Bruce Kennedy is a writer covering the pot industry and he's just published an article about the regulatory structure and the impact the newly formed legal weed industry is having on governments.  He's on at 2pm to discuss it.

WHERE DID THE COLORADO BALLOT INITIATIVES PASS?  This is one of those sort of useless exercises unless you're a political strategists or something similar.  But I still find it cool.  USA Today checked out where five failed ballot initiatives actually passed in our state.  Check it out, it's not totally surprising but good to know.

HAS BLACK FRIDAY JUMPED THE SHARK?  Fewer stores are announcing crazy door buster sales, and Amazon just announced it's Black Friday will go a week.  Have we killed it?  And is that a bad thing?

CNN SUES OVER JIM ACOSTA GETTING BOUNCED And I'm very interested to see how this all plays out because I think the White House is well within it's power to exclude a member of a news organization without being in violation of the First Amendment.  Have a White House credential is definitely a privilege, not a right, and the Trump Administration isn't preventing Acosta from covering the White House from outside the WH.  And CNN has MANY other correspondents who can continue to cover the White House from within.  I can't wait to see where this one goes.

OUR NATIONAL DEBT BILL IS ABOUT TO COME DUE And THIS is what I and many of my ilk have been sounding the alarm about for YEARS.  The Wall Street Journal had this to say about it: 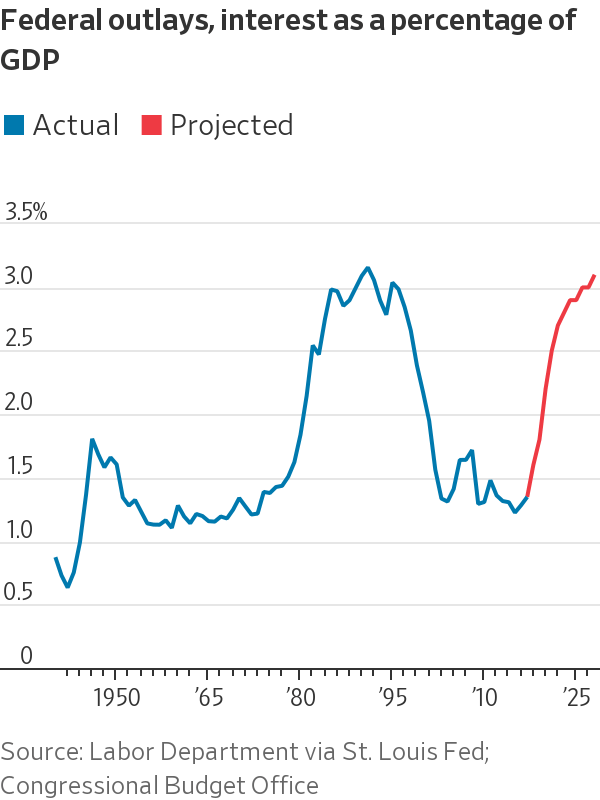 Along that path, the government is expected to pass the following milestones: It will spend more on interest than it spends on Medicaid in 2020; more in 2023 than it spends on national defense; and more in 2025 than it spends on all nondefense discretionary programs combined, from funding for national parks to scientific research, to health care and education, to the court system and infrastructure, according to the CBO.

Over at Reason.com they analyze this article a bit further and it's worth checking out.  They explain how excessive debt actually slows down economic growth which pushes us further into debt and makes it more difficult to pay down debt.  From Reason.com:

More importantly and less obviously, high levels of national debt exert a downward pressure on long-term economic growth. In a 2012 paper, economists Carmen Reinhart and Kenneth Rogoff define a "debt overhang" as a situation in which the debt-to-GDP ratio exceeds 90 percent for five or more consecutve years. After looking at 26 debt overhangs in 22 advanced economies since 1800, they conclude that "on average, debt levels above 90 percent are associated with growth that is 1.2 percent lower than in other periods (2.3 percent versus 3.5 percent)." These overhangs last a long time—in their sample, the average lasted 23 years—creating a cumulative loss in economic growth that's "nearly a quarter below that predicted by the trend in lower-debt periods."

That work has been validated by left-wing economists associated with the University of Massachusetts, who were critiquing an earlier version of Rinehart and Rogoff's work that had mistakenly found that debt overhangs reduced growth below zero. The critics conclude that "the average real GDP growth rate for countries carrying a public-debt-to-GDP ratio of over 90 percent is actually 2.2 percent.

Debt is what kills empires.  We will be no different.

AMAZON MOVES CLOSER TO THE SEAT OF POWER By locating half of their new headquarters in Northern Virginia which is code for Washington DC.  I wonder why?  The other half is going to be in New York City.  I'm a little too happy that we won't have to deal with even more inflated housing prices and traffic.

THIS IS WHY WE CAN'T HAVE NICE THINGS Stan Lee died at the age of 95 and there was an outpouring of love and support online to pay respects to the man who entertained millions, if not billions.  But of course the Social Justice Warriors had to appear to crap all over the man's memory with some stupid garbage that wasn't even accurate.  These people have no joy in their lives.

IF THE SUPERVISOR OF ELECTIONS WERE A REPUBLICAN... I'm sure this recount in Florida would be handled MUCH differently by the media.  But the Supervisor of Elections in Broward County is a Democrat so everyone is sort of glancing past the fact that she it completely incompetent.  Now it seems that Palm Beach County can't get their recount done by Thursday, which would exclude those ballots and cement the announced results from last Saturday, which is very, very bad for Democrats.  Go Palm Beach!

THE CITY WITH STRICT GUN CONTROL HAS A REALLY HIGH MURDER RATE And I'm talking about London where it is damn near impossible to own and possess a firearm and yet, murderers still find ways to kill each other.  Read the stats on knife crime here.

GREAT, NOW WE HAVE TO WORRY ABOUT MONKEY HERPES But only if we visit Silver Springs State Park in Ocala, Florida where there is a thriving rhesus monkey population.  About 30% of those monkeys carry a rare strain of the Herpes B virus which is deadly to humans.  Fun fact, they filmed the old Tarzan movies and Creature from the Black Lagoon at Silver Springs, which is the only reason I did this story.  And I could write "monkey herpes" which I never get to do.

A USC STUDENT GOT OFFENDED AND BROUGHT THE HOUSE DOWN During a group project a student wrote some dumb and offensive sentences on a shared document.  She then took them down.  Another student working in the group was offended and demanded some kind of something.  When the professor didn't resolve the matter to her satisfaction, she filed a Title IX complaint and demanded that the professor be indoctrinated with critical race theory before she returned to the classroom.  I am not making any of this up.  Read it here.  Oh, and this student is planning to be a teacher.  Fantastic.

LT. COMMANDER DAN CRENSHAW IS AN ACTUAL POLITICAL ROLE MODEL Watch this clip of him discussing his appearance on SNL.  What a classy guy.

AND NOW HERE'S A VIDEO ON CHRISTMAS COOKIES It's not too soon.  It's never too soon!